The most common beers in the world today, in terms of sales volume, are lager styles. Statistics show that most beer lovers were introduced to beer through lager styles. Conversely, most homebrewers tend to make beer that lies in the ale category.

Some of the reasons why most brewers make ales instead of lagers is because lagers require cold-conditioning during the fermentation process. Lager beers also require long term secondary conditioning that can go for weeks or even months longer than the ale fermentation.

The result is cleaner, crisper aroma and flavorful beers compared to the ones produced by top fermenting the ale yeast in warm temperatures. However, most home brewers prefer ales due to their short maturation periods and their high level of esters (fruity flavors). Ales also has a greater margin of error which means deviations in the flavor profile can go unnoticed.

However, you can still make good quality lagers at home. By learning the traits and components of lagers, you can easily make better lagers than those that are commercially produced.

The following tips will help you achieve that clean and crisp lager flavor and aroma at the comfort of your home. 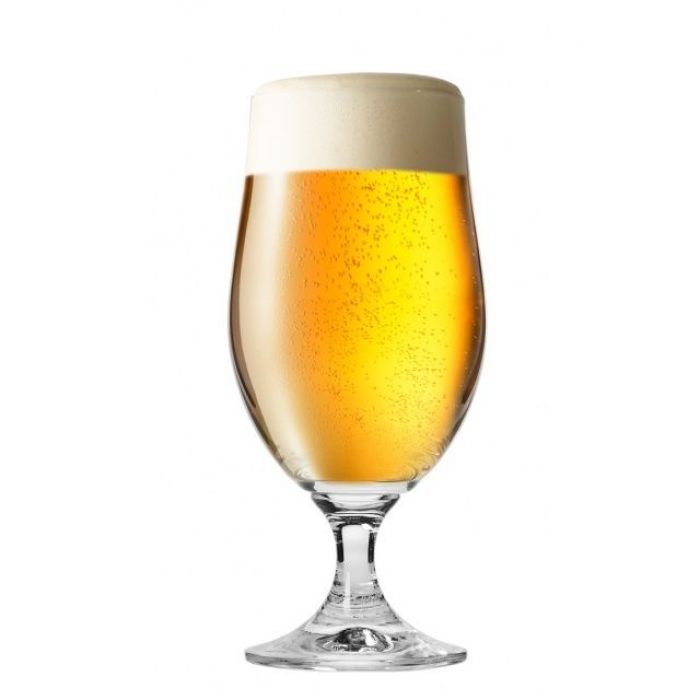 Lager comes from the German word lagern which means to store. The first lagers to be made were as a result of long-term storage in underground caves. While ales can be brewed, bottled and consumed within a few weeks, lagers require a lot of time, maybe even months, to fully develop. The main reason why lagers take so much time is because of the low temperatures which slow down the metabolism if the yeast cells.
A great lager is made by waiting until each phase in the fermentation and conditioning process runs its course. By trying to quicken the process, you risk losing the flavors that identify lagers.
It is always good to wait for a few more days before bottling the lager. It is also good to note that at times lager fermentation can bring unusual aromas like burnt matches or other sulfur characteristics. If given time, these characteristics eventually fade, leaving a clean beer

Yeast strains have different temperatures under which they go through the fermentation process to give optimal results. Most lager strains have a temperature range of between 38°F to 60°F depending on the yeast strain.
Once you identify the optimal temperature range, it is important to keep the fermentation process within that boundary. Place a thermometer in the fermenter so that you can keep monitoring the fermentation temperatures.
The most accurate solution for temperature control is converting a refrigerator or freezer into a controlled storage cabinet for the fermenters. The optimal fermentation range of most yeast strains, including lagers, is outside of the normal temperature range of refrigerators. This means that a modified temperature control needs to be attached to allow the appliance to run properly and at temperatures higher than it was originally designed to. These types of controls are readily available with complete instructions for their use.
On the other hand, for brewers who are not able to invest in a spare refrigerator dedicated only to brewing, proper temperature control can still be achieved. Keeping in mind that lager brewing predates modern refrigeration technology, and by employing methods practiced by lager brewers in previous decades, it is a very easy to achieve a relatively consistent, low-temperature fermentation with minimum effort.
You can do this by keeping the fermenters in colder areas of the house, such as the basement or garage. If you live in an area experiencing high temperatures, you might have to limit lager brewing to the colder months of the year. All in all, remember that air changes temperature much more rapidly than liquid. Put your fermenter away from direct sunlight, whether you’re worried about temperature or not, and insulate it with some a cover. The daytime and nighttime air temperatures may fluctuate by as much as 20 or 30 degrees but the temperature in your fermenter will only fluctuate by a few degrees. This type of fluctuation is within the acceptable range for most lager yeast strains hence no cause for alarm.
For those brewers who want to make lagers in warmer climates without a spare refrigerator, low fermentation temperatures can still be maintained by placing the fermenter in a water bath. This can be a large bucket or small plastic trash can. You can also maintain a supply of some one- or two-liter plastic soda bottles filled with water that have been cooled in the household freezer. The thawed bottles are then removed from the water bath and replaced with frozen ones from the freezer at regular intervals, like once or twice a day. A relatively stable temperature can be maintained if you vary the number of frozen bottles added to the water bath and how the intervals at which they are replaced. While this is requires a lot of work, it has been used successfully to maintain fermentation temperatures consistently in the required range even in warm regions such as Southern California.

READ  How to make Pilsner

Use a true lager-type yeast

In recent years, more quality yeast strains have been made available to homebrewers than at any other time. In order to brew an authentic lager at the acceptable lager temperatures, the best option is to choose a liquid yeast strain or culture. While these yeast strains are more expensive compared to dry yeast strains, they usually produce far better and more consistent results. This is especially the case when fermented at the lower temperatures associated with brewing lager.
These liquid cultures are better in terms of purity level and performance. They are also available in different strains to produce a wide variety of specific lager styles.

Use a yeast starter

It is very important to make a yeast starter when brewing a true lager. Keep in mind that the metabolism of any yeast slows down as the temperature begins to drop.
During the critical growth phase which comes after pitching, the yeast cells are usually reproducing cells to be used for fermentation. The extremely low temperatures involved in lager brewing delay the onset of growth. This then results in a lag phase that is extremely long, for the purpose of allowing bacteria to reproduce.
To avoid this problem, you can pitch a larger amount of yeast, like two to three times greater cell volume than is needed for an ale fermentation. The best way to achieve this is by pitching a healthy slurry of yeast harvested from a previous lager batch or you can also create a yeast starter a few days before the actual brew.

Use Irish moss and an intense full-wort boil

Proteins are the main component in chill haze. Extended contact time in the fermenter between the beer and the protein sediment that gathers at the bottom of the fermenter can result in the brewing of off-flavors.
This is particularly important to note for lagers because they ferment for a longer period than ales, and the cold fermentation temperatures used can cause proteins to settle at the bottom. Maintaining a hard, rolling boil, boiling all of the wort, not just topping off in the fermenter, and adding a fining agent such as Irish moss causes proteins to precipitate or fall out of the solution. This creates a brighter, cleaner brew.

READ  How to brew Beer at Home

Use a worth chiller

Have two stages of fermentation

Racking a beer from a primary fermenter into a secondary fermenter or lagering vessel eliminates any additional protein trub. Racking also removes the yeast sediment, which can result in off-flavors if it is left in contact with the beer.
Many lagers develop their clean, finished characteristic after an extended conditioning period of several weeks at the lowest temperatures possible. Racking into a secondary fermenter allows this process to take place without risking any off-flavors or unwanted aromas.

Have a diacetyl rest in the fermentation process

Diacetyl is a natural byproduct of yeast fermentation. It can result in a buttery or butterscotch-candy flavor in the finished lager. All these characteristics are normal and even desirable in some ale styles but in most lagers, any trace of diacetyl is a big flaw that changes the clean character of the beer.

READ  The Difference between Pilsner and Lager

Toward the end of fermentation and before the yeast starts settling out, it metabolizes and reduces the diacetyl. The cold temperatures required for lager fermentation slow this metabolic reaction, and also increase the tendency of the yeast to settle out more quickly.

This decreases the time available to reduce these compounds. To change this, you can incorporate a diacetyl rest after the bulk of the primary fermentation is complete.

This completion is easily determined with hydrometer readings. The fermenter is slowly warmed to 50° to 55° F for two to five days. Then the temperature is dropped down to conditioning temperatures.

This small rise in temperature speeds up the reduction of diacetyl-causing compounds and ensures that the primary fermentation is actually complete.

Select the right ingredients for the style of lager being brewed

Being keen when selecting ingredients is critical to this process.  You can experiment with ingredients, but if your goal is a clean, traditional lager, keep in mind the ingredients that were originally used to produce the lager.

Most lager beers undergo a long aging period and even though this takes place at lower temperatures, bacteria can still grow slowly. The long aging period gives the bacteria an extended period to develop to levels above the flavor threshold, whereby the off-flavor can even be perceived in the beer.

This is why one level of sanitation might be perfectly acceptable for producing an ale but not for a lager, which will be most likely much older when it is consumed. In addition to that, the ester character that is an important part of many ale fermentations can hide minor contamination.

But in a clean lager a similar contamination is easily noticed. Brewing a quality lager requires slightly more effort and additional techniques that are not required when brewing an ale.

Incorporating these tips into your brewing regimen will give your home-brewed lagers all the characteristics of their commercial counterparts.